MALAYSIAN SHORTS is on Monday 19 Sep. Hosted by me!

Most of the directors will be present, so you can ask & mingle. Most of them won't be violent: 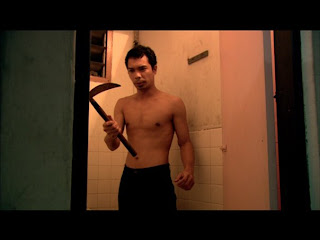 As usual, do vote for your 3 favourite shorts of the night.
Don't vote for the ones that put you to sleep: 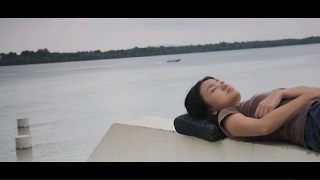 How Much: Free lor!

1) Afternoon River Evening Sky
Director: Edmund Yeo
2010, 19 min
A short film divided into two parallel stories. In Afternoon River, Grace, a waitress in a Bah Kut Teh restaurant tries to go through her mundane everyday work while ignoring the incessant ringing of her cell phone. In Evening Sky, the tomboyish Lai Fun seeks justice from an illegal DVD peddler who impregnated her best friend.

2) The Invigilator
Director: Manesh Nesaratnam
2010, 12 min
A story about two high-school teachers and their aspirations in the teaching profession. This film is at once a light-hearted clash of pedagogical perspectives and at the same time an echo of societies' frustrations with the inadequacies of available education systems.

3) Scene
Director: Soren Mohd Noor
2011/ 2 min
Synopsis
When a young adult receives a friend request from a “stranger” via his Facebook account, he finds himself dealing with issues of faith, principles and peer pressure.

4) Permata Bonda
Director: Fikri Jermadi
2010/ 16 min
Synopsis
The constant complaints and bickering between a mother and her daughter causes the daughter, Maimon, to reevaluate her life, forcing her to make a difficult decision that could change her life forever.

6) The Lims
Director: Brad Liew
2011/3 min
Synopsis
Inspired by Wes Anderson's The Royal Tenenbaums, The Royal Lims is a satire on the nasty habit of smoking and the Malaysian government's anti-smoking campaign

8) Hujan Panas
Director: Nadiah Hamzah
2011 / 20mins
Synopsis
For the longest time, Zaki has dreamed about coming to America. He enrolls himself in a business course and finds himself in New York City – in an apartment with two illegal Indonesian immigrants; Ferdy and Mira, in Flushing, Queens. As he grapples with the harsh reality of living in the city, he finds himself slowly attracted to Mira. She helps him realize the possibilities of starting life anew – possibilities that are threatened by an impending marriage and his awaited return to Malaysia.