Yes! The author of Pecah (which is going to be made into a movie!) has a new, published short story. Fans of his novel will experience a few intertextual frissons of pleasure as they read this: 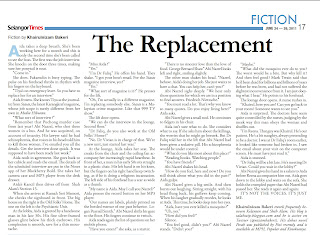 The rest of Selangor Times can be read/downloaded here.

By the way, all the Fixi novels (as well as a few other books of the hip & happening indie persuasion; full list of publishers here) are currently being sold at our booth in Pesta Buku Selangor. 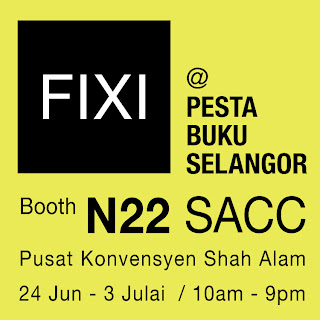 This is the first time Fixi has its own booth so I am right chuffed. The first day's crowd was much lower than what we experienced at the KL Book Fair in PWTC, but our sales were actually 40% higher! And the hall is much more comfortable, with far fewer annoying salespeople. We still have 9 days to go, so we shall see how it goes ... 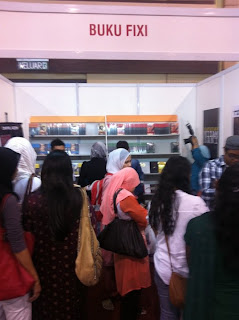 ROJAK is in the running!

These 10 books were chosen by the Popular chain based on sales figures for last year. This contest is now being held for the 4th year.

These are the nominees for the Popular - The Star Readers Choice Awards 2011 in the Fiction category: 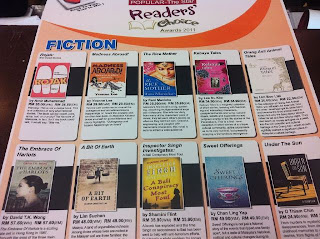 Voting will be by coupons in The Star and Popular bookstores in June & July, with the results announced at the KL Convention Centre in late August. Ada can ker? Ntah ler ... Either way, I am grateful for the support that has been given to Rojak. The first print run of 3,000 copies sold out months ago, and the one selling now is the 2nd print. Syukur!

It was a fun book to do; thanks to Chin Yew, Liza Manshoor, Ezra Zaid and Lori Lee.
Posted by Amir Muhammad at 18:06 8 comments: