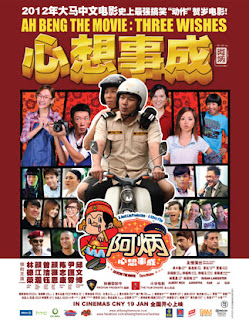 This is significant, and I think it's great news: the first time a Chinese-language local movie has beaten all other contenders.

Did the VVIP couple that graced the premiere bring special ong? 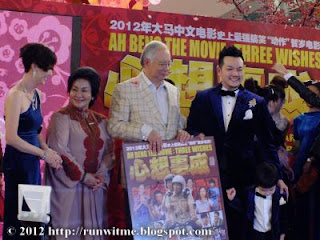 How Mark Zuckerbeg helped make the next 2 Fixi novels possible

Let me tell you how the next two Fixi novels, Dosa and Licik, came about.

In June last year I attended the Jakarta Book Fair (and was a little surprised to find it much smaller than the KL one in PWTC every year.) I also visited the offices of two publishers, Gramedia and Gagas Media, and blabbed to them about my company Buku Fixi, which at that time was a mere 2 months old! I had a vague idea that I wanted to buy rights to urban contemporary Indonesian novels, if I found any that tickled my fancy.

This is the stack I came back with: 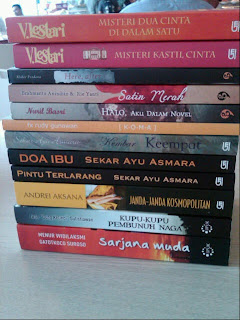 When I got back to KL I passed the whole stack to one of the fastest readers I know: Pecah author Khairulnizam Bakeri. He gobbled all of them up and then mentioned his two favourites. So I read those two first, and was immediately charmed by: 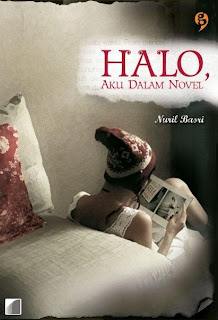 It's a bildungsroman; or coming-of-age tale (for the non-Germans out there). About the burgeoning creativity and also sexuality of an Indonesian teenager who is studying in (of all places) Oregon. It was vulnerable and precocious; I loved the fact that so much of it took place in the laundry room, which brought back fond memories of my own coming-of-age saga when I was studying in (of all places) Norwich. But enough about me.

I considered Halo, Aku Dalam Novel for Buku Fixi but the main drawback is that it's a  wee bit short; maybe less than 50,000 words. And we wanted something around 60,000 words.

So I looked up Nuril Basri on Facebook and congratulated him. He replied, and it took him a few messages to figure out I am not Indonesian. So I introduced himself properly, as being Malaysia's most beloved writer-publisher, bla bla bla. That was when he said he had a new manuscript; it was called Bukan Perjaka (which in Malay would be Bukan Teruna) and he asked if I wanted to look at it. I said "Ya, dong!" or words to that effect.

The Word document was sent and it was just slightly over 60,000 words, which of course I took as a sign from the Almighty. I read it and thought it was even better than his previous novel. Also a coming-of-age story about teenagers and sexuality, but everything takes place smack in Indonesia. Despite a potentially explosive mix of conservative religion (the narrator Ricky is a santri, who stays and studies in an Islamic school) and non-conservative sex (the drag queens, the pimps, the gay clubs, and oh yes that photography session conducted by an Indonesian equivalent of a Datin Ghairah), it is at heart a strong tale of seemingly unlikely friendships. It's about how our real families are the ones we pick for ourselves.

I said I wanted it. Surprisingly, there is no confirmed publisher for the original version yet, so the Malaysian translation comes out first. Dosa will be out in Pesta Buku KL and the 27 year-old author will make his first trip to KL to promote it: 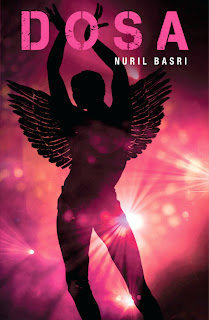 I read the treatment for the film-that-was-not-to-be and was immediately gripped because I love con stories. This particular one brought back fond memories of Sidney Sheldon's If Tomorrow Comes, one of my favourites from that pulpmeister. The twist (or rather, one of the twists) is that the protagonist Fira is trained in the art of the con by her father.

I encouraged him to flesh out this film treatment but months went by with nothing from him! He was simply too busy with TV scripts (syukur, ada rezeki...). New Year's Day came and there was still no draft of a novel. So I suggested to him: Why don't we get a co-writer? Since the entire synopsis is done anyway, and the Fasha Sandha movie was not going to happen, it would be such a waste!

He agreed, so we sent out a call on the Fixi Facebook page, asking if anyone would want to write a con novel based on a comprehensive synopsis and completed first 2 chapters. A few applied; one was particularly impressive because she took it upon herself to write chapter 3 all by herself, in the space of 24 hours! She is Julie Anne, so the job was given to her.

Two months later, it was done! She didn't stick entirely to the extended synopsis -- among other things, she changed a location from Kelantan to Sarawak (where she lives). So that's how the first co-authored Fixi book came about: 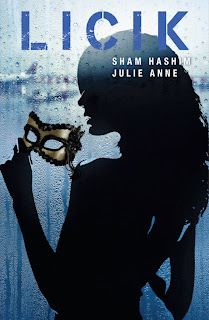 I would like to thank Mark Zuckerberg, because as you can see, Facebook was instrumental in getting both books published.