Nominations for Poster Terbaik, the most important category of Festival Filem Orang Melayu 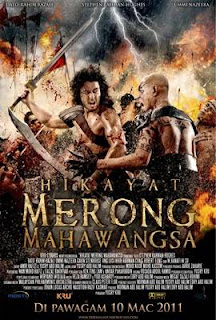 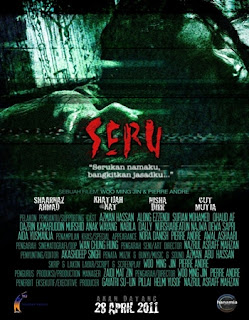 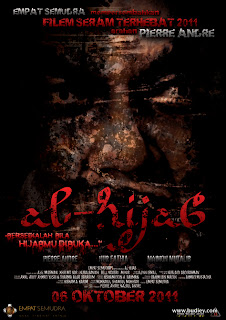 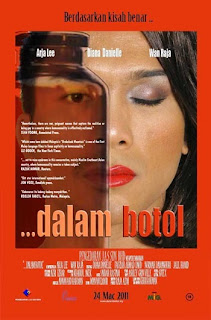 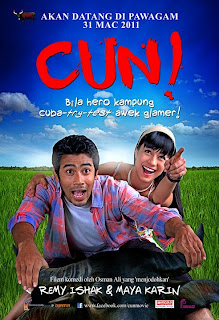 This annual event, which presumptuously calls itself Festival Filem Malaysia, looks even more parochial this year because the two most interesting films are shut out from the main nominations due to not being at least 70% in the Malay language.

The best local film of 2011 was the humane and transcendent Great Day, and the most contentious/frisky was Nasi Lemak 2.0. In normal circumstances, these two would have had several nominations each. But since they're mostly in Chinese, we are forced instead to pretend that the films which exist to shore up what passes for the Malay star system are not only worthier but more 'Malaysian'.

As for the posters: I don't think the winner is as clear-cut as the Histeria and Belukar of previous years. I think Dalam Botol is conceptually the strongest (it tells a story) but the red borders diminish its visual impact. So I'd say Hikayat Merong Mahawangsa is the one that stands out. 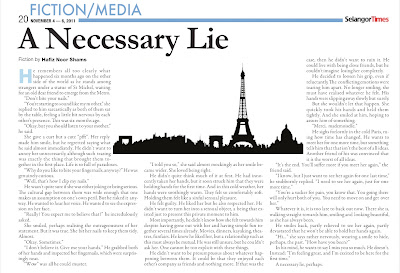 Hafiz is a columnist at The Malaysian Insider.
Posted by Amir Muhammad at 16:50 1 comment: