Later today, Insya-Allah, I will be leaving for Seoul. Because this Sunday at 7pm, Yasmin Ahmad's Films will have a Korean launch as part of a conference on Asian cinema at the Korea National University of the Arts. Gubra will be shown the day before, and also my documentary The Last Communist. (Those of you who have seen both will know why these two are paired.)

Then on the evening of 9 December, it will have an Indonesian launch as part of the Jakarta International Film Festival, right before the screening of Talentime.

On the evening of Saturday, 19 December, the Singapore launch takes place at a cosy shop called BooksActually: 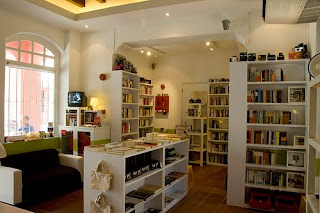 Sometime in late January (I don't have the exact date yet), I will also talk about the book at the Pompidou Centre in Paris, which is having a focus on the films of Singapore and Malaysia, from the studio era to the present. 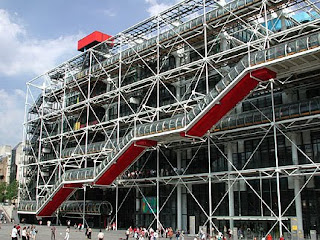 The Pompidou might be the toughest for me because the last time I was there, I was with the Filipino film critic Alexis Tioseco, as well as his girlfriend Nika. They were brutally murdered in September in Manila. I remember the date especially because I started writing this book later the same night. Why? Because we always talked about the books we would write; this was my way of keeping in touch with this good, gentle soul.

The Malaysian launch on Wednesday was fun! Although it was raining heavily, we still managed to fill up the hall. It was especially nice to see many people who were involved in Yasmin's life and films there: family, friends, colleagues ... but those distinctions seemed to evaporate, because she had a way of making many people, even those she'd met recently or infrequently, feel like part of a raucous family.

You can read a report of the launch, complete with video, at the blog Running With Passion. I am very much open to more events such as these in colleges and so on; do contact me if you have suggestions!

The book will be in most bookshops only in December, but if you want it right now, you can get it from:

Wish u all the best..
Your writings / books are always marvellous. Love it!

Hello there,I'm in France and I would am more than happy and I would try my best to attend the launching in Paris. Do update me with the event details once you had it. Thank you! ;))