NEW MALAYSIAN ESSAYS 3 will be released on Thursday (Malaysia Day) in an unusual way! 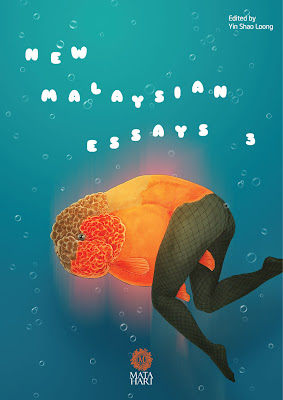 
1. How to Demonstrate Creatively by Wong Chin Huat
We have political scientist Wong Chin Huat's upbeat guide to civil disobedience, a small handbook of ideas on getting your voice heard while pressing for political reform in Malaysia ... Wong’s essay draws on concepts developed in Gandhian non-violent direct action and its descendants in the U.S. civil rights movement. Here, he applies them with a twist to the Malaysian context.


2. An Empty Canvas on Which Many Shadows Have Already Fallen by Simon Soon
Soon takes us through these big issues via the careers of a dynamic duo of the Malaysian art world, perhaps ‘terrible twins’ is a more apt moniker; Redza Piyadasa and Sulaiman Esa. These two artist-intellectuals debated, challenged and provoked each other and those around them to find a fruitful way to produce beauty in a manner that was both critical and socially relevant. Both were early enthusiasts of the NCP, but found themselves having to chart out a more flexible and ecumenical direction in order to make themselves both Malaysian and globally significant. Along the way, they have to contend with the urinary critique of an even more formidable enfant terrible, poet Salleh Ben Joned.


3. Queer Ways: An Un-straight Survey of the Direction of Malaysian Popular Culture and Fashion by Clarissa Lee
Clarissa Lee’s essay takes us into another side of the cultural world that is seldom subjected to analysis; the world of fashion and popular culture since Merdeka. This is not an exhaustive survey, but rather one that explores multiple strands including advertising, branding, film, beauty pageants, burlesque, stripping, dress, cross-dressing, nasyid, drag shows, and men and women’s magazines. Lee also challenges her readers to question any assumption that Malaysian history is simply a history of heterosexuals...


4. Uwang Asli Moden by Mor Ajani
(this is a bilingual essay, in Temuan and Malay)
Taking us into the zone between village and city is Mor Ajani’s essay on modern life amongst the Orang Asli, Peninsular Malaysia’s indigenous peoples. Mor is a young comic book artist, cultural documenter, and cultural activist on Orang Asli matters. He paints a picture of how Orang Asli have engaged in modern urban life, an encounter that has frequently placed their lands and traditions in jeopardy.


5. Among the Exiles: Reflections of a Refugee Lawyer by Sumitra Visvanathan
Sumitra Visvanathan is a veteran refugee lawyer who has worked in Malaysia and the region for the United Nations Refugee Agency (UNHCR). She has personally processed thousands of asylum applications in her 14-year career. Working this closely with refugees has given her a sharp insight into their plight and their humanity.

The editor is Yin Shao Loong (and the paragraphs in italics above are all from his Introduction).

The cover is designed by Teck Hee and features an artwork by ... go on, guess!

Check back here on Thursday, ya?
Posted by Amir Muhammad at 09:59

Artwork by Mun Kao? Seen it in Grace's room!

Fantastic Amir. I have always wanted to buy mataharibooks as pdf. :D (i am living in nz you see)

Where can i donate my contribution to this book?

No need to donate money. Donate your lurve!

wah the cover image got movement blur photoshop effect! munkao's fish going up and down izit?