The scholar Amin Sweeney (who was English, Malaysian, formerly Kelantanese, formerly Californian, finally Jakartan) died last month. He specialised in Malay literature, and seemed to move between the discursive realms of both Malaysia and Indonesia with graceful ease; in fact, one of his last major works, a 3-volume critical edition of the works of Abdullah bin Abdul Kadir (aka Munshi Abdullah) was published in Jakarta rather than KL.

A particularly delightful essay by him is Martyr to Science or Gaseous Windbag of Colossal Ignorance? which is about ... oh, I shall not spoil it, read it yourself. He had, as you can see, a particular gift for the naughty, sharply observed aside. How many essays in academic books can make you LOL?

A short book of his was published online posthumously: Pusat Plagiarisme, which meticulously confirms a plagiarism accusation against an Indonesian linguistic body. Before he even reaches what Monty Python would call the fulcrum of his gist, he has a couple of sentences right on Page 1 that are not about the subject at all. But this aside is the perfect explanation for the prurience of Indonesians (but the nationality can be interchanged with ours, and in fact I think it fits Malaysians even better) when it comes to matters sexual: 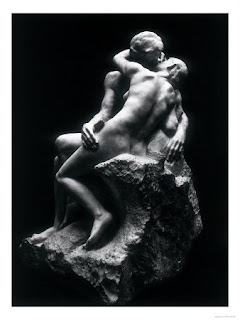 The kissing = tsunami link might seem baffling, until you remember that some people in Malaysia take their worldview from Mastika magazine, in which sexual transgressors always receive lurid punishments, which are usually of the medical or supernatural variety but which sometimes, as in this case, explode into the realm of the meteorological. You rarely hear of such colourful bala (divine punishments) meted out to, say, corporate embezzlers, big-time environmental polluters or corrupt politicians, even though these people have caused harm to many people. No, it's invariably sex that takes centre-stage, simply because sex is a much more entertaining spectator sport. You get hot and tingly from not only watching but from the pleasurable moral outrage that courses through you. Alhamdulillah—masyaallah—alhamdulillah—masyaallah indeed!

Laser cut sharpness observation and commentaries Mr. Amir. Love it. How individuals form their thoughts by putting everything into one small basket-in short-without rationalizing just amazes me. Slurring words and comments as if suffering from diarrhea, except it is via another orifice- the mouth. It really does not matter once again if they mix up their opinions with religion, sex, race or creed. So mixed up as if the only allowable diet is no longer properly cut meat or vegetables but a blended version of slurry fit only for infants.

Found a book of his on classical malay literature, a little paper-bound book. Seemed to be out of print mostly

Erm, don't let an Italian volcano erupt again? And how do you propose to stop that from happening?

Amir, if Mr/Miss Anonymous is hinting that a volcano eruption is due to the "sins" its residents have made (such as prostitution and gay), Mr/Miss Anonymous has not read the article at all. Don't you think so? 8)

Time to ban Mastika and the likes for "corrupting the minds of Malaysians!" (though it is ridiculously brainlessly entertaining!)