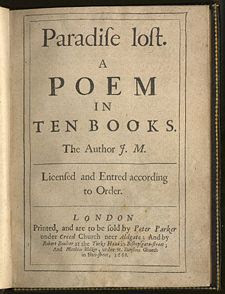 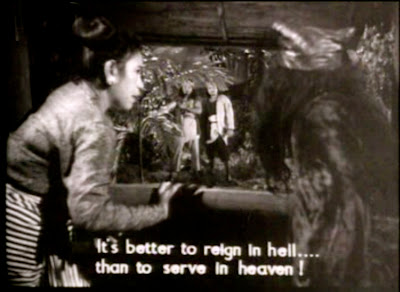 The original line, as said by the adulterous/murderous hussy Normadiah as she's about to get arrested by the proto-JAKIM types represented by P. Ramlee and Nordin Ahmad, is: "Alang-alang menyeluk pekasam, biarlah sampai ke pangkal lengan!"
This is a great transliteration of a popular proverb. I wonder who in Shaw Brothers' Malay Film Production studio used the line in the scripts. It must have been someone familiar with the 17th century Paradise Lost which is, let's be honest, the sort of book that some people know lines from, rather than the whole thing. In the book, it's said by the Devil to show how badass he is.
The novelist Chuah Guat Eng suggested to me that the line probably resonated with people here at that time because it can relate to colonialism. It's better to be independent in a screwed-up country than a non-citizen in a stable one. But the line (in both cases) is spoken by bad people. In fact, both these people were so bad that they would later be killed; the latter situation is the famous sula scene. So perhaps it's not meant to be read as an endorsement of revolution.
But still, it plants a seed ...
Posted by Amir Muhammad at 16:47

ps: or worse, directors n the actors akan kene gam cuz of it!!!

hahahaha so the oldtimers were lot more 'liberated' than us. =P