Salute to the title designer(s) of the Cathay-Keris studio

Three major studios are represented in my book: Shaw Brothers (Malay Film Production) and Cathay-Keris Films in Singapore, and Merdeka Studio in Kuala Lumpur. Out of the three, Cathay-Keris consistently has the coolest title designs in its opening credits.

Most of the time, it would consist of a graphic element that relates to the title itself, such as: 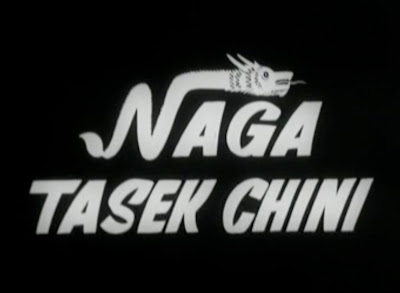 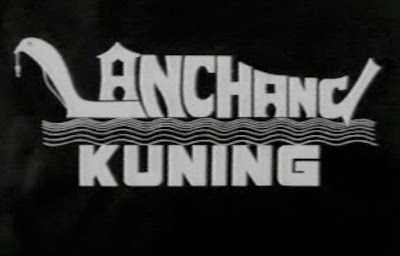 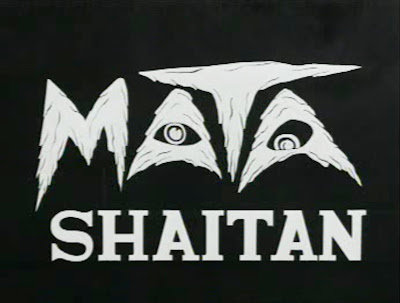 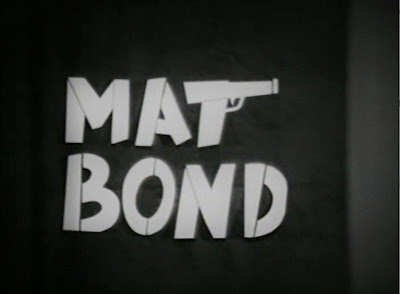 Sometimes, things got more ambitious. This one, for example, is part of an animated clip in which the eye drops a tear, which them transforms into: 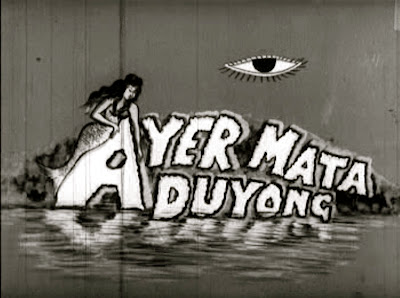 And this is one of my favourites; it starts off as just the title and a house, and then pulls back to have it repeated, until there are dozens in a grid. This is at about the half-way point: 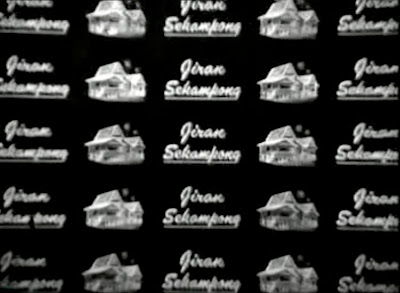 Who was the unknown genius who came up with this concept? There is never a separate credit for Title Designer, so it's most likely an editor. These films don't always have the same editor, so someone must have started it. Then it became a convention that the studio felt the need to uphold; this is what people call branding, I suppose. Whoever it was, I salute thee!

Thank you for highlighting it! They are grand! Never took much notice, now feel watching some Cathay Keris films just to see the opening graphics.

I am by practice a graphic designer for almost 15 years of my life. I did a 4 years research on "Icons of Nationhood" (which will be published soon) that includes case studies of popular print media, and parts of the chapters touches on Malaysian graphic designer's roles, and similar situation happens, no acknowledgments. I am trying to highlight the roles and the unknown name.. Would love to discuss with you about your findings..may we can merge both and do something.
my email: nurulrahman[at]gmail.com
I like the snapshots..
NurulRahman

Very nice indeed..simple yet straight to the point. Malaysia got alot of talent like this but ashamed there r not enough exposure on the field.

It was Mat Sentul. I read in a magazine or was it in the newspapers (can't remember precisely) that he was the one who created the Naga Tasik Chini in the movie. In the article he lamented that graphics in Malaysia was not given its chance to develop then. He said this after he won an award that recognised his contributions. Actually i think if he was born in US he would have been a millionaire dan canonised. Here, his movies are considered "merapu" (quoting my mother when she saw me glued to the television watching Mat Bond). Oh yes, he was also the person who created the special effects for Si Murai (another brilliant movie). Especially the ending scene where, Si Murai used his powers to show the Sultans where his belongings were.I think Mat Sentul is a genius. He should be given due recognition by the film industry. Lets campaign for it ...;p

Yes Hassan Muthalib alerted me to this just yesterday. Luckily still got time to insert the info in the book, which goes to print next week!