Nominees for Poster Terbaik, the most important category of Festival Filem Malaysia 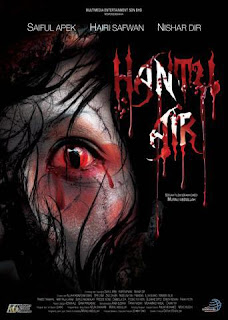 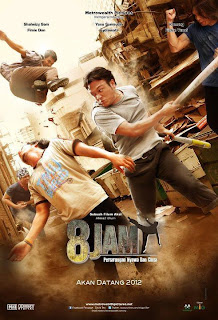 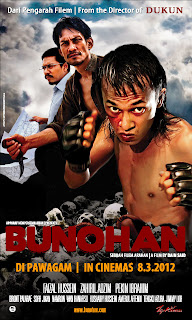 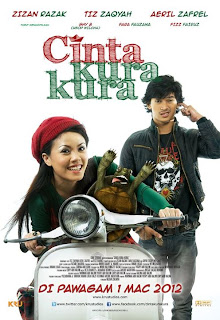 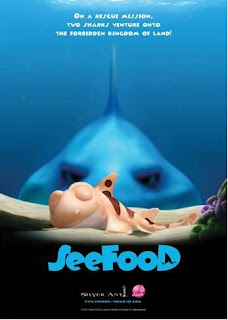 This seems tough. I think Seefood has the best shot at winning because it looks of 'international standard' (and the match between the title and image actually does tell a story) but...why does it have to resemble Finding Nemo a wee bit too much?

My favourite would have to be the kinetic and vivid (although, yes, a bit 'Thai action movie') 8 Jam. Simply because it's the poster that makes me most want to watch the film. So there!

Having said that, I would have chosen Bunohan hands down ... if only the film had used its thrillingly portentous teaser poster: 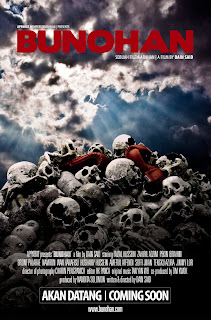 It captures the oneiric spirit of the actual film much better (not that I have anything against Zahiril Adzim's left nipple in the final poster, of course). I even prefer the one they did for its Oscar campaign: 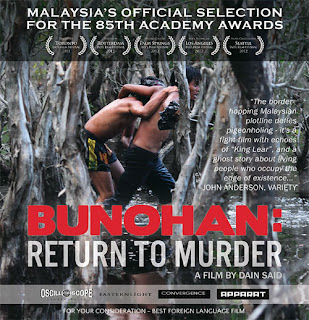 The big cheese of FilemKita has brought to my attention that this is Seefood's real poster (I had posted a teaser – damn you, Google Image Search!); which makes me all the more certain Seefood will win: 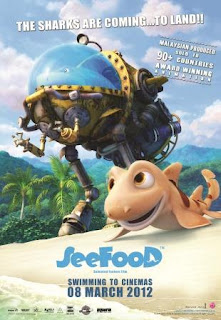 I'm too will choose 8 Jam for the Best Poster. Bunohan poster agak kureng