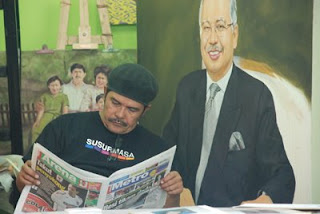 In September 1998, Anwar Ibrahim was sacked as Deputy Prime Minister of Malaysia. His expulsion and subsequent trial for corruption and sodomy triggered a wave of street protests that gave birth to the 'reformasi' (reformation) movement.

Malaysian Gods revisits the actual locations of the demonstrations, about a decade later, and talks to the people who are living and working there to find out what has changed since then.

An informal seminar titled "Post-Reformasi Malaysian Society and Cinema" will be held before its world premiere to discuss the forces which helped to bring about that unprecedented movement in Malaysian society, its impact on artists and the young, as well as changes that have taken place in national cinema since then.

The panelists are Dr. Ooi Kee Beng of the Institute of South-East Asian Studies (ISEAS) (author of, among others, The Reluctant Politician: Tun Dr. Ismail and His Time), Charlene Rajendran (writer of the forthcoming Taxi Tales on a Crooked Bridge), and Malaysian Gods director Amir Muhammad.

Tickets (S$9.50) go on sale this weekend for the general public! Booking link here. Hope to see you there :-) 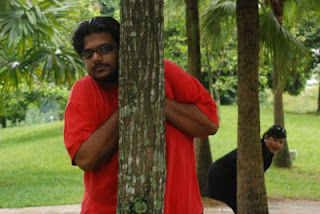 BN still hold the fort on the subsequent GE. crap!

Amir, do this documentary available in DVD?

Malaysian Gods....very interesting. Just chanced upon your blog, love it.

The dude in red looks like my friend Sasi. Is he?