How the Devil was reponsible for Putrajaya

The very entertaining Malay film Iman (1954) is about an old geezer who makes a pact with Iblis (the Devil): his soul in exchange for youth! He signs the contract (in blood, of course) and is transformed into Ahmad Mahmood; obviously Ahmad Mahmood circa 1954 lah.

In order to demonstrate how powerful he is, the Devil proceeds to build 'mahligai yang cantik sekali' (the most beautiful palace). He waves his black-clad hand, and lo! This is what happens: 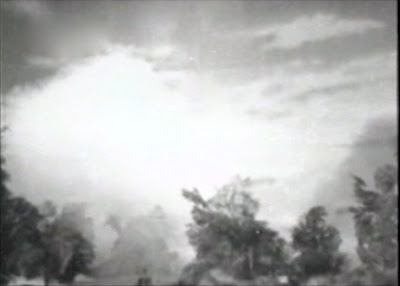 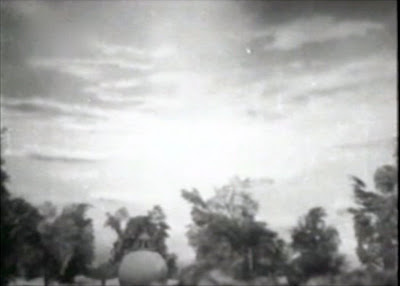 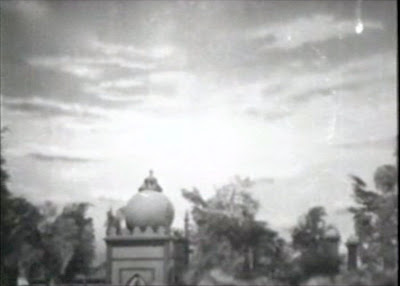 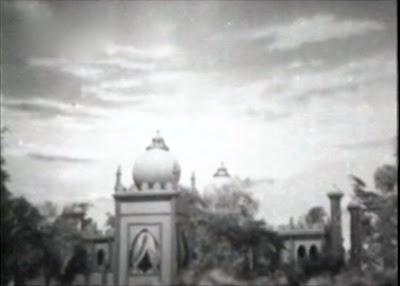 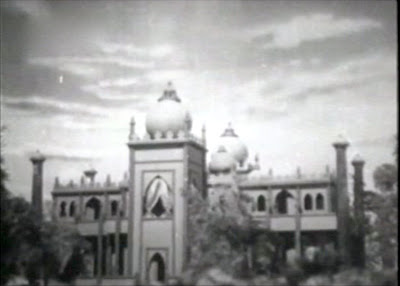 On the one hand, you have to give the Devil his due: his instant method of construction doesn't involve the exploitation of migrant labour. It also, aside from the puff of smoke in the beginning, doesn't seem to involve much damage to the environment: no trees were felled.

This structure is meant to be grand, imposing, and totally out of character with its surrounding area. There would be no love here, just diabolical ambition. (What do you expect when the Devil is your architect? He didn't even consult the client, but went ahead and built just-like-that!)

So now you know where the design inspiration for the Prime Minister's Office in Putrajaya came from: 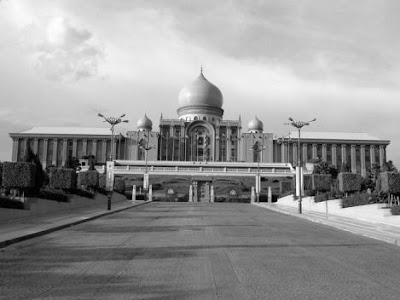 The government, for obvious reasons, does not want you to know all this; the folks there have enough public relations headaches as it is! This is why Iman is not even listed as a film in the official Finas database. Coincidence? I think not! But now, the truth can be told. Ain't you glad I'm around?

* Dedicated to all Malaysians who love conspiracies -- which is, let's face it, all of us.

"Make your own architectural conspiracy and win a trip to South Africa!"

But I dont care much about the conspiracy ...I just want to tell you that Iman is one of the best film we ever had....

I love the scene where Setan confront that man. Classic!

LOL! This is a cool comparison!

LOL. This is wicked! The resemblance is eerily amusing. Btw, I've watched the movie on Astro Ria. Check out the devil's attire. He didn't wear Prada but it was groovy all right :D

Approved by an architecture student of uitm.

made my morning.. :D

In 1961, Burgess published his book "Devil of a State" with a cover similar to this..maybe this was a commonly used cover at that point in time.