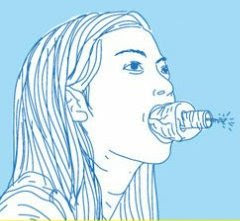 In conjunction with The Annexe's ART FOR GRABS XMAS SPECIAL, new independent movies from Malaysia, Indonesia & Singapore will be screened & discussed!

There will also be booths for DVDs and books by the likes of Da Huang Pictures, Gerakbudaya & Matahari Books. Enough to make you jolly indeed.

Admission: RM5 for each movie or RM10 per day. Let's shack up!

2pm – MALAYSIAN GODS – all new version (Amir Muhammad/Malaysia)
A ‘tour’ of Kuala Lumpur, to mark the 10th anniversary of Malaysia’s Reformasi movement. In Tamil (with subtitles).

12pm – THE ELEPHANT & THE SEA (Woo Ming Jin/Malaysia)
Award-winning feature about a coastal town after a mysterious epidemic. Website here.

2pm – ALL MY FAILED ATTEMPTS (Tan Chui Mui/Malaysia)
Shorts made by the award-winning filmmaker during the past year. Shown together for the first time.

You can confirm your attendance on the Facebook event page.
Posted by Amir Muhammad at 10:19